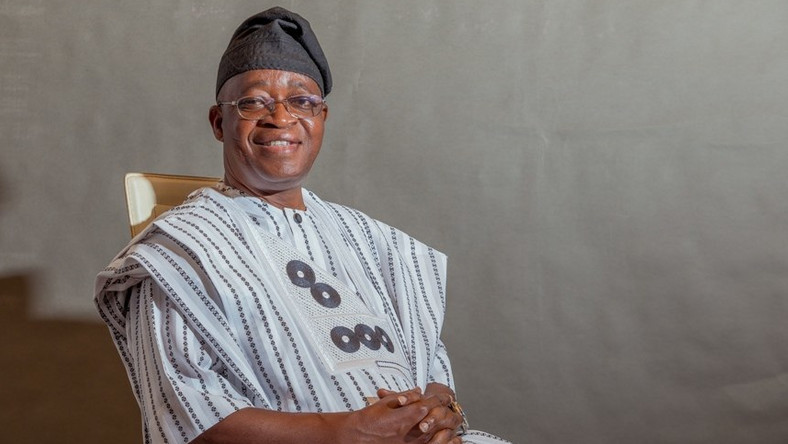 The candidate of the Peoples Democratic Party (PDP), Ademola Adeleke, lost his appeal before the apex court in its ruling on Friday, July 5, 2019.

Adeleke and the PDP had filed an appeal before the court after they lost to Oyetola and his All Progressives Congress (APC) at the Court of Appeal.

In May 2019, the Court of Appeal had upheld Oyetola’s victory after an election tribunal initially ruled, in March, that Adeleke won the election.

The appellate court had ruled that the alleged absence of Justice Peter Obiorah, who read the election tribunal’s majority judgement, during a previous sitting when two witnesses testified and tendered exhibits nullified the tribunal’s judgement.

Oyetola had argued that the judge could not have seen the two witnesses and properly examined them properly, making it unlawful for him to have authored a judgement in which he reviewed the evidence given by the witnesses.

In the split 5-2 decision of the seven-member panel on Friday, the Supreme Court upheld this technicality, paving the way for Oyetola to serve out the rest of his tenure after he was sworn in last year.

On the other hand, Justice Adamu Galinje and Justice Kumai Akaahs in a minority judgement held that Adeleke scored the majority votes in the election and should be declared winner as decided by the tribunal.

The judges ruled that the majority judgement nullifying the election tribunal’s judgement based on the technicality of Justice Obiorah’s absence is mere conjecture without a certified true copy of the original record of the February hearing he allegedly missed.

“The appeal is meritorious and has to be allowed. I allow the appeal and set aside the Court of Appeal’s decision,” Justice Galinje said.

Oyetola was declared the winner of the election after winning a supplementary election in September 2018.

Adeleke’s initial victory was declared inconclusive because the victory margin of 353 votes over Oyetola was less than the 3498 votes cancelled in seven polling units, a situation that required a supplementary election.

Gowon denies looting ‘half of CBN’ as military leader