The head of legal team of the African Action Congress (AAC), Mr Tope Akinyode says operatives of the Department of State Services (DSS) has denied him access to Omoyele Sowore, who was arrested in the early hours of Saturday, August 3, 2019. 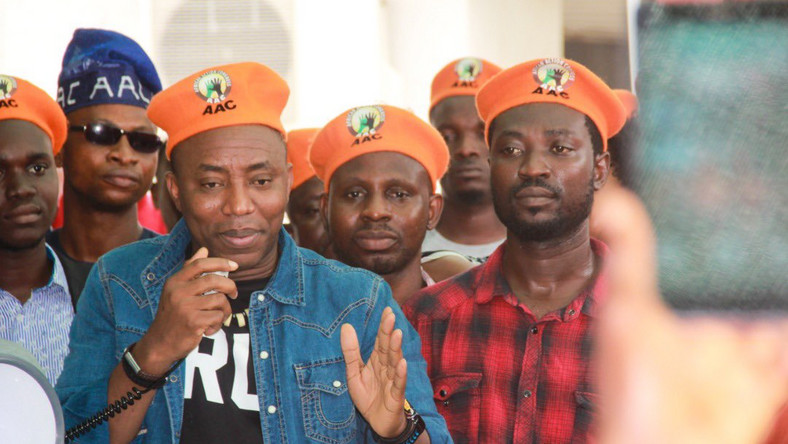 The publisher of the news website, SaharaReporters and Presidential candidate of the African Action Congress (AAC) in the 2019 presidential election was arrested over what is believed to be in connection with the nationwide protests tagged: “Revolution Now”.

Akinyode made it known in a statement according to TheCable that he visited the head office of the DSS in Lagos but was blocked from entering into the premises.

“It is no longer news that Mr. Omoyele Sowore was arrested by the DSS earlier hours today and I am representing him as his Lawyer over that incidence,” he said.

“As Lawyer to Mr. Omoyele Sowore, Publisher of Sahara Reporters, I visited the DSS office at CMD Road, Ketu, Lagos together with other notable Nigerians. Mr. Sowore had been arrested in a ‘gestapo’ manner in the early hours of today.

“When we got to the DSS office, we were denied entrance into the Police Building arrogantly. As much as I persuaded them that the ‘accused’ has lawful right of access to his Lawyer as enshrined under Section 35 (2) of the 1999 Constitution, my advice fell on the deaf ears of the Police Officers who claimed that their boss wasn’t around and I have to wait till Monday (working day) before I could be let in.

“It was a rather brief visit due to the unwelcoming disposition of the officers who we met at the entrance. I regard this ‘arrest’ as more of an abduction than any other thing. This illicit act is worthy of condemnation.”

The Coalition for Revolution, campaigners of the #RevolutionNow, have vowed to go on with the protest scheduled to begin from the National Stadium, Surulere, Lagos, on Monday, August 5, 2019 despite the arrest of the convener of the movement.

The Police earlier said that the call by the Global Coalition for Security and Democracy in Nigeria, inciting Nigerians to join a planned revolution march against the Federal Government is a treasonable and terrorism offense.

Universities, polytechnics and Colleges of education that have released their 2019/2020 Admission Lists