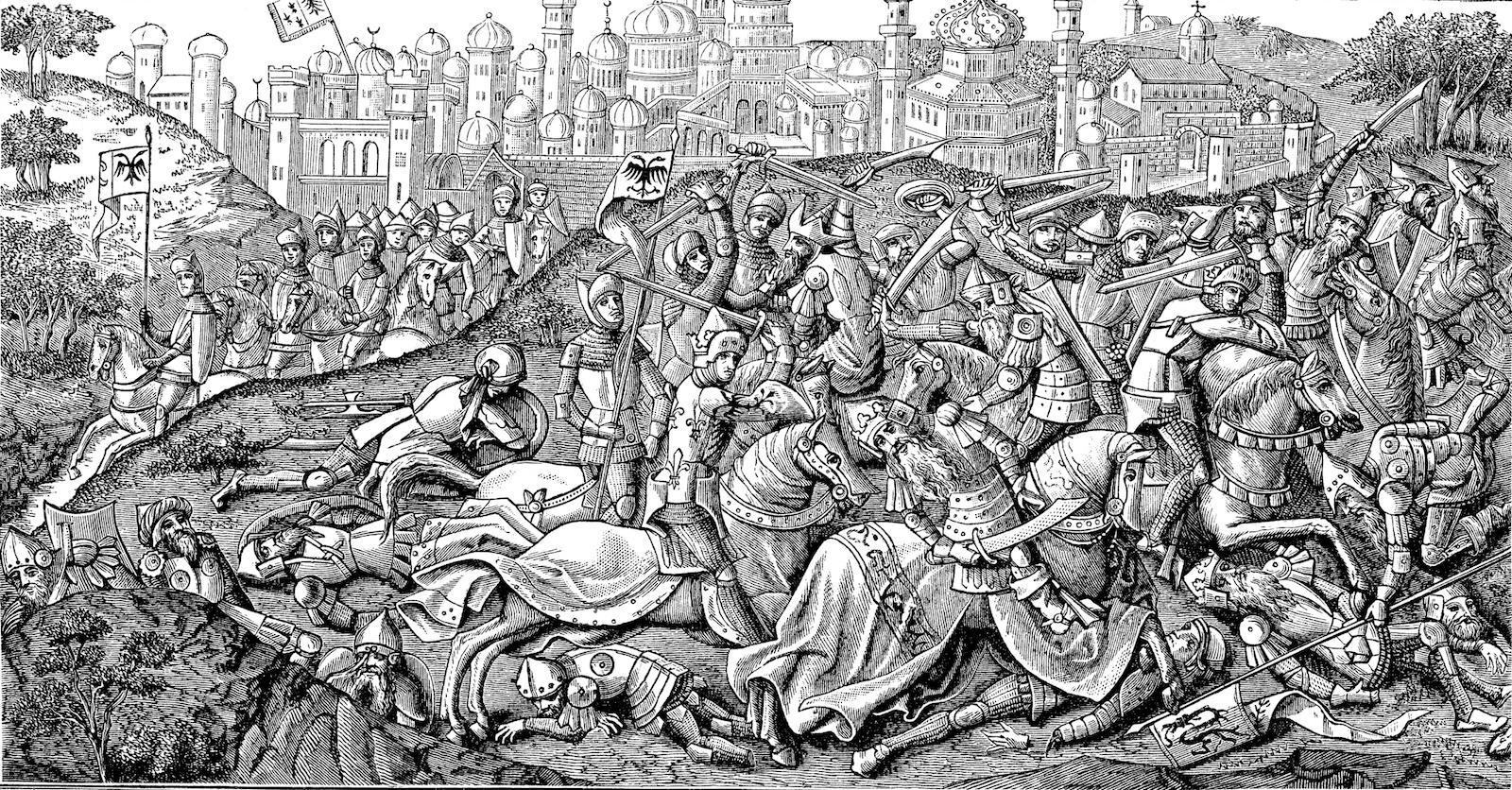 Jew, Hebrew Yĕhūdhī or Yehudi, any person whose religion is Judaism. In the broader sense of the term, a Jew is any person belonging to the worldwide group that constitutes, through descent or conversion, a continuation of the ancient Jewish people, who were themselves descendants of the Hebrews of the Bible (Old Testament). In ancient times, a Yĕhūdhī was originally a member of Judah—i.e., either of the tribe of Judah (one of the 12 tribes that took possession of the Promised Land) or of the subsequent Kingdom of Judah (in contrast to the rival Kingdom of Israel to the north). The Jewish people as a whole, initially called Hebrews (ʿIvrim), were known as Israelites (Yisreʾelim) from the time of their entrance into the Holy Land to the end of the Babylonian Exile (538 BCE). Thereafter, the term Yĕhūdhī (Latin: Judaeus; French: Juif; German: Jude; and English: Jew) was used to signify all adherents of Judaism, because the survivors of the Exile (former inhabitants of the Kingdom of Judah) were the only Israelites who had retained their distinctive identity. (The 10 tribes of the northern kingdom of Israel had been dispersed after the Assyrian conquest of 721 BCE and were gradually assimilated by other peoples.) The term Jew is thus derived through the Latin Judaeus and the Greek Ioudaios from the Hebrew Yĕhūdhī. The latter term is an adjective occurring only in the later parts of the Hebrew Bible and signifying a descendant of Yehudhah (Judah), the fourth son of Jacob, whose tribe, together with that of his half brother Benjamin, constituted the Kingdom of Judah.

In the modern world, a definition of Jew that would be satisfactory to all is virtually impossible to construct, for it involves ethnic and religious issues that are both complex and controversial. In daily life, for example, those who consider themselves Jews are generally accepted as such by Jews and non-Jews alike, even though such persons may not observe religious practices. While all Jews agree that a child born of a Jewish mother is Jewish, Reform Judaism goes beyond Orthodox and Conservative Judaism in affirming that a child is Jewish if either one of the parents is a Jew.

From a purely religious standpoint, Gentile converts to Judaism are accepted as Jewish in the fullest sense of the word. Under Israel’s Law of Return (1950) as amended in 1970, all non-Israeli Jews and Gentile converts to Judaism are entitled to settle in Israel and receive full Israeli citizenship. However, converts who wish to marry in Israel must demonstrate that they were converted under the supervision of an Orthodox rabbi approved by the country’s chief rabbinate, which is authorized to settle questions of personal status regarding marriage and divorce. The Supreme Court of Israel has made incursions into rabbinic interpretations of personal status.

Citizens of the State of Israel are called Israelis, a term carrying no ethnological or religious connotations.

Judaism is the world’s oldest monotheistic religion, dating back nearly 4,000 years. Followers of Judaism believe in one God who revealed himself through ancient prophets. History is essential to understanding the Jewish faith, which is embedded in tradition, law and culture.

Jewish people believe there’s only one God who’s established a covenant—or special agreement—with them. Their God communicates to believers through prophets and rewards good deeds while also punishing evil.

Most Jews (with the exception of Messianic Jews and a few other groups) believe that their Messiah hasn’t come—but will one day.

Today, there are about 14 million Jews worldwide. Most of them live in the United States and Israel. Traditionally, a person is considered Jewish if his or her mother is Jewish.

The Jewish sacred text is called the Tanakh or the “Hebrew Bible.” It includes the same books as the Old Testament in the Christian Bible, but they’re placed in a slightly different order.

The Torah—the first five books of the Tanakh—outlines laws for Jews to follow. It’s sometimes also referred to as the Pentateuch.

Jewish people worship in holy places known as synagogues, and their spiritual leaders are called rabbis. The six-pointed Star of David is the symbol of Judaism.

The origins of Jewish faith are explained throughout the Torah. According to the text, God first revealed himself to a Hebrew man named Abraham, who became known as the founder of Judaism.

Jews believe that God made a special covenant with Abraham and that he and his descendants were chosen people who would create a great nation.

More than 1,000 years after Abraham, the prophet Moses led the Israelites out of Egypt after being enslaved for hundreds of years.

According to scriptures, God revealed his laws, known as the Ten Commandments, to Moses at Mt. Sinai.

Around 1000 B.C., King David ruled the Jewish people. His son Solomon built the first holy Temple in Jerusalem, which became the central place of worship for Jews.

The kingdom fell apart around 931 B.C., and the Jewish people split into two groups: Israel in the North and Judah in the South.

Sometime around 587 B.C., the Babylonians destroyed the first Temple and sent many Jews into exile.

A second Temple was built in about 516 B.C. but was eventually destroyed by the Romans in 70 A.D.

The destruction of the second Temple was significant because Jewish people no longer had a primary place to gather, so they shifted their focus to worshipping in local synagogues.

While the Tanakh (which includes the Torah) is considered the sacred text of Judaism, many other important manuscripts were composed in later years. These offered insights into how the Tanakh should be interpreted and documented oral laws that were previously not written down.

Around 200 A.D., scholars compiled the Mishna—a text that describes and explains the Jewish code of law that was previously orally communicated.

Later, the Talmud, a collection of teachings and commentaries on Jewish law, was created. The Talmud contains the Mishnah and another text known as the Gemara (which examines the Mishnah). It includes the interpretations of thousands of rabbis and outlines the importance of 613 commandments of Jewish law.

The first version of the Talmud was finalized around the 3rd century A.D. The second form was completed during the 5th century A.D.

Judaism embraces several other written texts and commentaries. One example is the 13 Articles of Faith, which was written by a Jewish philosopher named Maimonides.

Throughout history, Jewish people have been persecuted for their religious beliefs. Some well-known events include:

1066 Granada Massacre: On December 30, 1066, a Muslim mob stormed the royal palace in Granada and killed more than 1,000 Jewish families. The group also kidnapped and crucified Joseph ibn Naghrela, the Jewish vizier to the Berber king.

The First Crusade: In the first of the Crusades—a series of medieval holy wars involving Christians and Muslims—thousands of Jews were killed, and many were forced to convert to Christianity.

The Spanish Expulsion: In 1492, Spain’s rulers issued a royal edict that declared all Jews who refused to convert to Christianity would be expelled from the country. Experts estimate about 200,000 people were ousted and tens of thousands died while trying to reach safety.

The Holocaust: In the Holocaust, the most well-known act of modern-day atrocities, the Nazis murdered more than 6 million Jews.

The Creation of Israel

During and after the Holocaust, many Jews returned to their homeland (in the Middle East region known as Palestine) and embraced Zionism, a movement for the creation of a Jewish nation that emerged in 19th-century Europe.

In 1948, Israel officially became an independent state. David Ben-Gurion, one of the leading promotors of a Jewish nation state, was given the title of prime minister.

This event was considered a success for the Jewish people who had tirelessly petitioned for an independent state in their homeland. However, tensions between Jews and Arabs living in Palestine escalated in the years since Israel became a state and are still ongoing today.

There are several sects in Judaism, which include:

Orthodox Judaism is a diverse sect that includes several subgroups, including Hasidic Jews. This form started in the 18th century in Eastern Europe and holds different values than traditional or ultra-Orthodox Judaism. Hasidic Jews emphasize a mystical experience with God that involves direct communion through prayer and worship. Chabad is a well-known Orthodox Jewish, Hasidic movement.

Reform Judaism: Reform Judaism is considered a liberal category of the religion that values ethical traditions over strict observance of Jewish laws. Followers promote progressive ideas and adaptation. Most of the Jews living in the United States follow Reform Judaic traditions.

Conservative Judaism: Many people consider this form of Judaism somewhere in between Orthodox and Reform Judaism. Typically, conservative Jews honor the traditions of Judaism while allowing for some modernization.

Reconstructionist Judaism: Reconstructionism dates back to 1922 when Mordecai Kaplan founded the Society for the Advancement of Judaism. This sect believes that Judaism is a religious civilization that’s constantly evolving.

Humanistic Judaism: Rabbi Sherwin Wine founded this denomination of Judaism in 1963. Humanistic Jews celebrate Jewish history and culture without an emphasis on God.

Messianic Judaism: This modern movement combines the beliefs of Judaism and Christianity. Messianic Jews believe that Jesus Christ was the Messiah but still follow Jewish traditions.

While there are various denominations of Judaism, many Jews don’t identify with a particular classification and simply refer to themselves as Jewish.

The Shabbath, or Shabbat, is recognized as a day of rest and prayer for Jews. It typically begins at sunset on Friday and lasts until nightfall on Saturday.

Observing Shabbat can take many forms, depending on the type of Judaism that a Jewish family may follow. Orthodox and Conservative Jews, for example, may refrain from performing any physical labor, using any electrical device or other prohibited activities.

Most observant Jews celebrate Shabbat by reading or discussing the Torah, attending a synagogue or socializing with other Jews at Shabbat meals.

Jewish people observe several important days and events in history, such as:

Passover: This holiday lasts seven or eight days and celebrates Jewish freedom from slavery in Egypt. Specifically, Passover refers to the biblical story of when the Hebrew God “passed over” houses of Jewish families and saved their children during a plague that was said to have killed all other firstborn babies in Egypt.

Rosh Hashanah: Jews celebrate the birth of the universe and humanity during this holiday, which is also known as the Jewish New Year.

Yom Kippur: This “Day of Atonement” is considered the holiest day of the year for Jews who typically spend it fasting and praying.

The Days of Awe: The 10 days starting with Rosh Hashanah and ending with Yom Kippur are known as the Days of Awe, or Yamim Noraim. This is considered a time of repentance for Jewish people.

Hanukah: A Jewish celebration, also known as the “Festival of Lights,” lasts eight days. It commemorates the rededication of the Jewish Temple in Jerusalem after the Maccabees defeated the Syrian-Greeks over 2,000 years ago.

Purim: This is a joyous and light holiday that celebrates a time when the Jewish people in Persia were saved from extermination

The Woman Who Shaped National Geographic

Kush Is One Of The Most Influential African EmpiresIndependent Nigeria