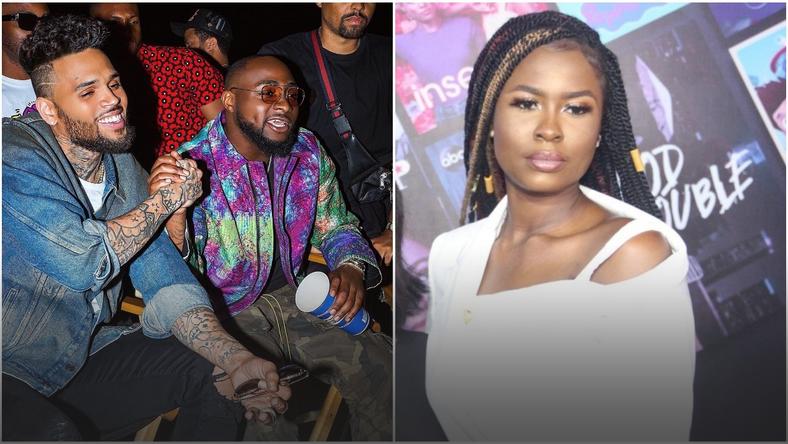 BBNaija Season 4 ex-housemate, Ella has left Davido speechless after doing a cover of his hit single, ‘Blow my mind’.

The one minute long cover of Davido and Chris Brown’s song, ‘Blow my mind’ by Ella has gotten fans talking.

The reality TV star rendered the song in her way adding ad-libs and more to the second verse, which was taken by Chris Brown.

After posting the cover, Davido commented on the performance with the fire emojis.

He went ahead to repost Ella’s performance on his official Instagram page and it has since had several Nigerian celebrities and fans of the ex-housemate applauding her.

The video, which Davido posted over 24 hours ago, already has almost 600K views and over 5K comm

Some of the popular celebrities that have applauded Ella through the comment section include fellow ex-housemate, Kimoprah, Alex Ekubo, Toyin Lawani, and Basketmouth’s wife, Elsie Okpocha.

Ella was one of the 21 housemates that got into the Big Brother Naija Season 4 tagged Pepper Dem edition on June 30, 2019.

On Sunday, July 14, 2019, Ebuka Obi-Uchendu announced the eviction of Ella and Kimoprahfrom the Big Brother House after spending a total of 13 days in the house.

Before her participation in the BBNaija reality TV show, Ella had competed for the cash prize at the MTN Project Fame West Africa Season 5. She came tops as a runner up in talent show.

In her interview with Pulse, Ella says she’s looking forward to launching her music career on a bigger scale with the recent publicity her participation in BBNaija has afforded her.