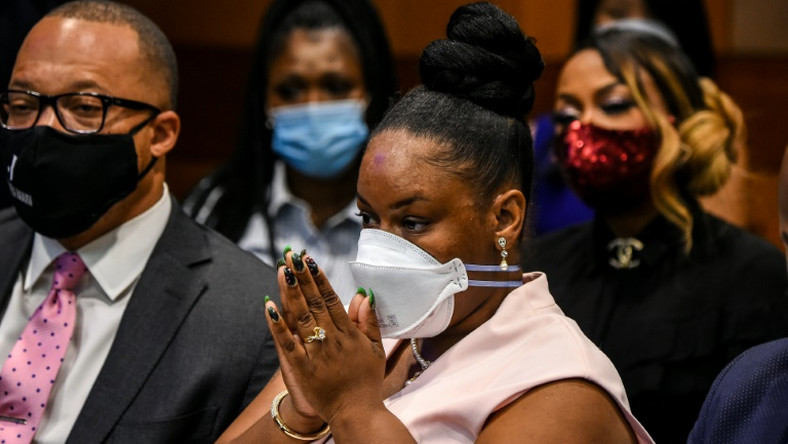 An Atlanta police officer has been charged with murder for shooting a 27-year-old man in the back, justice officials announced Wednesday in the latest case to spark anger over police killings of African Americans.

Atlanta District Attorney Paul Howard said police officer Garrett Rolfe had no justification for shooting Rayshard Brooks as Brooks fled, and aggravated the case by kicking Brooks’ body as he lay on the ground bleeding.

He also said that Rolfe and fellow officer Devin Brosnan violated multiple police department regulations after they detained Brooks when he was found sleeping in his car in the drive-up line at a local Wendy’s fast food restaurant on June 12.

“We concluded that, at the time that Mr Brooks was shot, he did not pose an immediate threat of death or serious physical injury to the officers,” Howard said.

Brooks’ shooting came less than three weeks after a Minneapolis police officer’s killing of handcuffed African American George Floyd on May 25 fuelled a national uproar over racism and police brutality.

Brooks’ death ignited a fresh round of angry protests, and forced the resignation of Atlanta’s police chief.

Howard said a warrant was issued for Rolfe’s arrest on 11 counts including felony murder — a homicide committed in the course of another felony crime — aggravated assault, and multiple counts of violating police procedures.

The murder count could bring a sentence of death or life in prison.

Brosnan, who has agreed to become a witness for the state in the investigation, faces three charges including aggravated assault.

Brosnan and Rolfe found Brooks sleeping in his car at the restaurant last Friday.

Over a calm 20 minute interaction, they gave him an alcohol test and, after it proved positive, sought to arrest him for driving under the influence.

After a brief struggle Brooks ran off with one of the officers’ Tasers and, as he swung his arm back to point it at them, Rolfe shot Brooks twice in the back.

The issue of whether Rolfe reasonably believed he was in danger was at the heart of deciding if he should be charged.

Howard said that a review of eight video recordings of the incident, from police cameras and bystander phone recordings, and multiple witnesses, showed the officers themselves never displayed fear of danger from Brooks.

They never told Brooks he was under arrest, and while Brooks was shot and lay on the ground dying, Rolfe kicked him while Brosnan stood on his shoulders.

“So you certainly cannot fire a hand gun at someone who is running away,” he said.

Justin Miller, an attorney for Brooks’ family, said having the officers charged was just “the starting point.”

“Step two is conviction on all charges,” he told a press conference.

“Justice is not something that is going to be easy in this case,” he said.

“How do you find justice for three little girls who will never see their father again?”

The charges were announced as Republicans in the US Senate unveiled police reform legislation that focused on better training and disclosure of officers’ use of force, but did not weaken legal protections that insulate them from charges of abuse.

Their proposals, in response to the mass civil unrest over police repeatedly killing black people, were in line an executive order signed by President Donald Trump one day earlier to improve policing — but weaker than reforms offered last week by Democrats in the House of Representatives.

Civil liberties group ACLU said the Republican proposal “does not respond to the moment.”

Americans “need bold, visionary legislation that divests from police and shrinks their footprint, and reinvests in the Black and Brown communities that have been harmed by status quo policing,” the ACLU said.

In Geneva meanwhile the brother of George Floyd called on the UN Human Rights Council to set up an independent commission to investigate the killings of African Americans by police.

“You, at the United Nations, are your brothers’ and sisters’ keepers in America, and you have the power to help us get justice for my brother,” Philonise Floyd said in an emotional video message.

“When people raise their voices to protest the treatment of black people in America they are silenced. They are shot and killed,” he said.