Moremi Ajasoro: History of the Brave Queen of Ile Ife

“Queen Moremi” is based on the story of a major figure in Yoruba history in the 12th century, Moremi of Ile-Ife. Moremi is reputed to have led her city to victory over an enemy kingdom. She willingly surrendered to the invaders, got married to the enemy king, and seized the opportunity to discover the secrets of the group’s military strategy. She revealed that secret to the Ile-Ife people after she had managed to escape. She subsequently helped to devise a plan that led to Ile-Ife’s resounding victory over the invaders.

The story of Moremi Ajasoro of Ile Ife is not in any way new to Yoruba folks as well as people from other parts of Nigeria. The story of the legendary queen has been taught in schools, retold in books, songs and movies.

Moremi Ajasoro was the brave and beautiful Queen of Ile Ife who saved her people from the Igbo forest raiders who troubled the peace of the town. Moremi hailed from the Lukugba compound in Ile-Ife while her mother was a Princess from Offa. Moremi was also the wife of Oranmiyan, the King of Ile Ife during the time of the raids and the son of Oduduwa, the progenitor of Yoruba race.

Moremi and the Igbo forest raiders 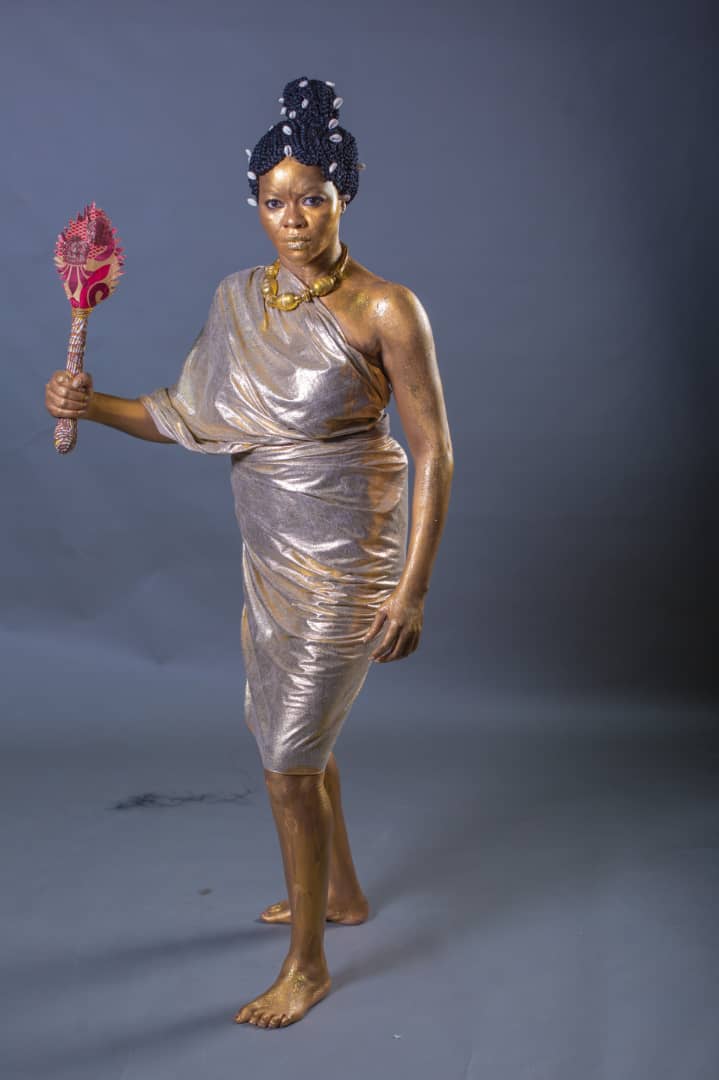 Legend has it that there was a time in Ile Ife, Osun State, that raiders from the forest constantly robbed the people of their peace and freedom. These raiders were known as Igbo/Ugbo. The people of Ile Ife thought the raiders were spirits sent by the gods to punish them because of the way they (the raiders) appeared, covered in raffia palms, during raids. It should be noted that the Igbo forest raiders are not related to the present Igbo people of eastern Nigeria.

The raid went on for long to the extent that the people of Ile Ife thought of giving up after several fruitless sacrifices to appease their gods. Queen Moremi was a patriot at heart; she couldn’t endure seeing her people suffer and the unhappiness that beclouded her husband, the king – Oranmiyan, thus, she sought help from an oracle which instructed her to visit the goddess of Esimirin River.

The goddess promised to help Moremi but at the expense of her most precious possession. Moremi hastily agreed, being a rich queen, she thought that would not be a problem. The goddess instructed her to deliberately let the Igbo raiders capture her and take her captive during the next raid. The next time the scary-looking Igbo raiders came, Moremi did as she was told, she let them captured her.

Being a very beautiful woman, the leader of the Igbo raiders fell in love with Moremi and made her one of his wives. Moremi lived with the forest raiders for some time, it was during this time that she discovered that the raiders were not spirits sent by the gods but humans dressed in masks and raffia palms. Having discovered this secret, she escaped to Ile Ife and relayed the information to the King and his subjects.

The defeat of the Igbo forest raiders

The people of Ile Ife were happy and thanked Moremi for her patriotism and bravery. The king instructed his army and the people to be armed with burning torches when next the raiders attacked.

What the Nixon Tapes Reveal About the Attica Prison Uprising

The raiders came, as usual, with the thought of scaring the people but met their waterloo when they were attacked with burning torches. Their raffia palms easily caught fire and they were sent scrambling back into the forest, defeated!

Moremi’s sacrifice to the goddess

In a short period of time, the sad news had reached the town and the people rushed down to the river, in tears, to sympathize with their Queen. They all pledged to be the sons and daughters of Moremi Ajasoro and that is why till today, natives of Ile Ife are referred to as the children of Moremi Ajasoro.

However, it is believe that the legend  Olurogbo did not die but was restored back to life by Olodumare who pitied the plight of Moremi. Thus, when the people had departed, Olurogbo resurrected and climbed up to heaven where he is said to have lived ever since with the gods of Yorubaland.

To remember Moremi, the Edi festival was instituted. The Edi Festival is a celebration of independence for Ife, it started as a means of celebrating the role the legendary Queen Moremi played and the ultimate sacrifice the Queen Moremi Ajasoro made for the people of Yorubaland.

In recent times, many places are named after Moremi for her heroic deeds. She has been immortalized through books, songs, operas, movies and statues. A 42 feet statue, known as “Queen Moremi Statue of Liberty,” is the tallest statue in Nigeria and the fourth tallest in Africa.  Moremi Liberty statue is erected in the same compound she lived during her time.

Awori People: A brief history and belief of the original indigenes of Lagos

Previous Melanesians: Meet the world’s only natural black blondes
Next The Spanish Flu led to a boom in the medical field